Olivia Sanabia is an American teen actress and singer best known for her lead role in the Amazon original series, Just Add Magic. On Coop and Cami Ask the World, she portrays Charlotte Wrather.

Olivia was born and raised in Southern California. She has been performing since the young age of two singing whenever anyone would listen or she could find a stage. Her love of singing and acting eventually led to performances in Annie (as Annie), Anastasia, Seussical, Fiddler on the Roof, and many more. Olivia started her professional acting career when she was eight years old in a campaign spot with Jennifer Garner. Since starting her career, Olivia has been in over 25 commercials including ones for Disney, Nickelodeon, Ford, and many others. Olivia has a passion for dramatic acting and has been studying her craft for both film and television for a number of years. She has had the honor to perform in shows such as Incredible Crew, Extant, Sam & Cat, and the Birthday Boys. Her latest endeavor is the part of Kelly in a new Amazon original series call Just Add Magic.

Olivia attends at the ARDYs: A Radio Disney Music Celebration in June 16, 2019 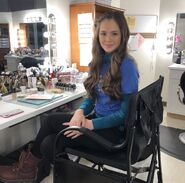 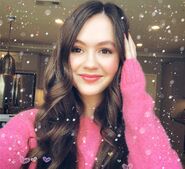 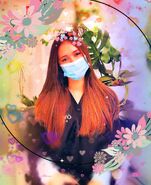 Add a photo to this gallery

Retrieved from "https://disneychannel.fandom.com/wiki/Olivia_Sanabia?oldid=36061"
Community content is available under CC-BY-SA unless otherwise noted.